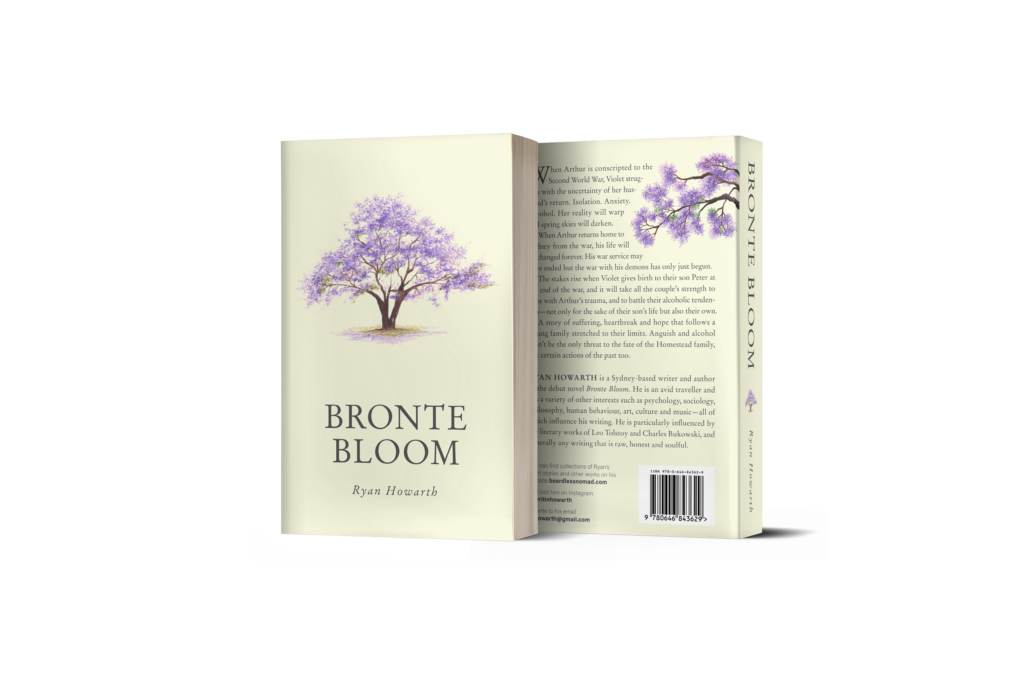 When Arthur is conscripted to the Second World War, Violet struggles with the uncertainty of her husband’s return. Isolation. Anxiety. Alcohol. Her reality will warp and spring skies will darken.

When Arthur returns home to Sydney from the war, his life will be changed forever. His war service may have ended but the war with his demons has only just begun.

The stakes rise when Violet gives birth to their son Peter at the end of the war, and it will take all the couple’s strength to cope with Arthur’s trauma, and to battle their alcoholic tendencies—not only for the sake of their son’s life but also their own.

A story of suffering, heartbreak and hope that follows a young family stretched to their limits. Anguish and alcohol won’t be the only threat to the fate of the Homestead family, but certain actions of the past too.

Check out my profile here